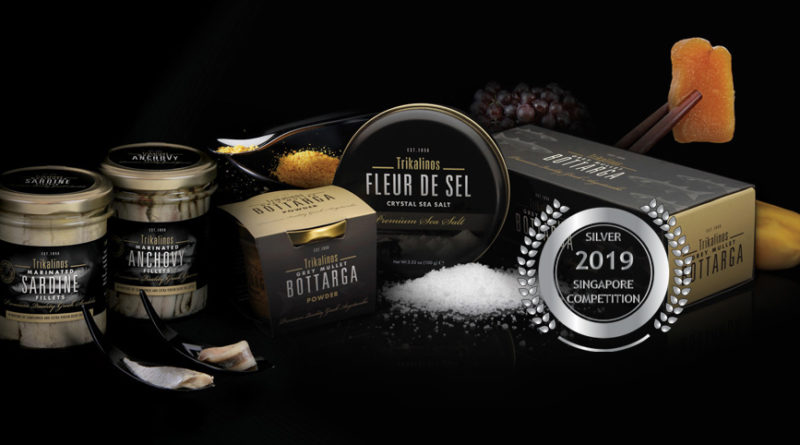 Since 1856, Trikalinos Family has produced and sold Grey Mullet Bottarga Known in Greece as Avgotaraho. Today, in keeping with tradition and a vision for tomorrow, Trikalinos Company innovates, continuing to produce superior quality products of high nutritional value.

In 1997 , Trikalinos Family started the operation of a new production facility in Athens, the first certified production facilities for Avgotaraho in Greece. All traditional techniques are conducted under standard procedures that guarantee the quality, hygiene and food safety of Trikalinos products.

This 2019, Trikalinos Co has joined Singapore Newspaper Taste Awards 2019 and won Silver Medal in this competition. 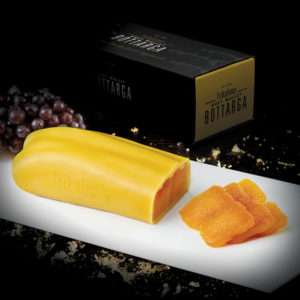 A Taste with… History. Avgotaraho has been considered a delicacy since the era of the Pharaohs and it was an important element in the Ancient Greek diet. Its value was also known in Byzantine times, while nowadays it occupies a prominent place among gourmet products.

A delicacy of cured Grey Mullet Roe. Natural without preservatives, with high nutritional value and a pleasant long-lasting aftertaste

What makes Trikalinos Bottarga so special?

Good for health : It constitutes a rich source of omega-3 fatty acids, which reinforce body health by acting positively on the cardiovascular system and by strengthening the immune system.

Taste : “Tasting a single slice, will cause a velvety explosion of fruits and the sea in your mouth-combined with a spicy whiff- that will reach the utmost parts of your brain.

Gironde and Gascony : Castles kings of their appellation !

Artion Greek Foods : “Stories of Greek Origins” Extra Virgin olive oil Sitia Lasithi Crete PDO, is a superior quality EVOO and one of the best olive oils in the world.