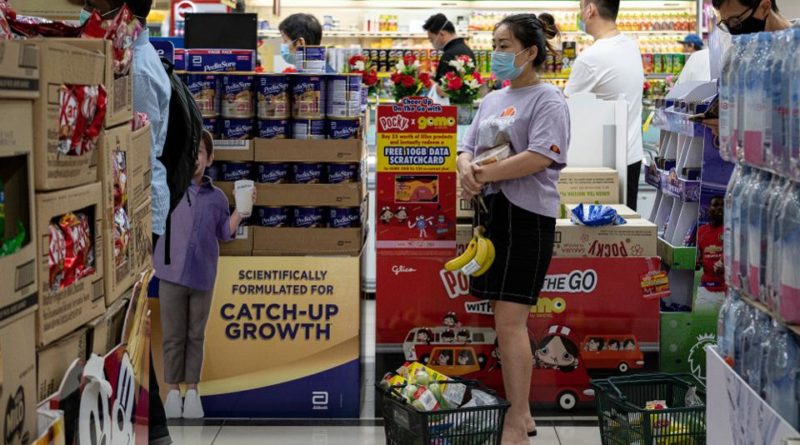 With Singapore in a coronavirus lockdown until May 4 and more than three-fourths of the workforce working from home, supermarkets are seeing a spurt in sales. As consumption shifts from workplaces and schools to homes, shopping for food and groceries are on the rise.

Thanks to this surge, supermarket moguls Lim Hock Chee and his two brothers Lim Hock Eng and Lim Hock Leng, who jointly own a 57% stake in Sheng Siong—Singapore’s third-largest supermarket chain after NTUC FairPrice and Dairy Farm International—have seen their combined fortune touch $1 billion for the first time. Shares of Singapore-listed Sheng Siong rose 39% since its March 19 low, owing to uncertainty stemming from the coronavirus pandemic.

Sheng Siong, which sells everything from fresh produce and grocery to toiletries, operates 61 supermarkets across the island nation. Anticipating supply chain disruptions as a result of the pandemic, Sheng Siong moved quickly to increase inventory as per its annual report released in February.

Supermarket sales in Singapore grew 15.5% year-over-year and 15.4% month-over-month in February as Singapore raised its alert level to orange on the Disease Outbreak Response System Condition, indicating that the “disease is severe and spreads easily from person to person.”

In an April report, DBS, which has a “buy” recommendation on Sheng Siong, said that “as people are encouraged to stay home as far as possible, we expect retail spending on food staples to strengthen further.”

“We see a stronger shift of food consumption at workplaces and schools to homes during the next month,” the report added. “This will result in brisk sales at grocery retailers, food and beverage foodservice outlets near residential areas, and online channels.”

RHB Bank analyst Juliana Cai made a similar prediction, stating in an April report that supermarket sales will remain strong even after May 4, when the lockdown ends. “While residents may rush to dine out after four weeks of ‘cabin fever,’ we believe the increased proportion of employees working from home versus the norm should keep supermarket sales resilient,” she said in the report.

But Cai added that a prolonged lockdown “may further increase input costs or cause food shortages.”

Hock Chee himself had cautioned shareholders in the company’s annual report released on February 22 that COVID-19 “might disrupt the supply chain and result in higher input prices which will eventually affect the group’s gross margin if these additional costs could not be passed to the customers.”

Sheng Siong was founded in 1985 by the three brothers. They grew up on a pig farm in Punggol—a fishing village in north-eastern Singapore which was originally focused on poultry farming and pig-rearing but is now a residential town. They gravitated to the supermarket business after the Singapore government phased out hog farms in the 1980s.

The family are hands-on when it comes to running the business and the brothers have clearly defined roles. Eldest sibling Hock Eng, who is the executive chairman, oversees the opening of new stores; while Hock Chee supervises the meat business. Youngest brother Hock Leng, who is the managing director, handles the seafood business.

Two of their wives are also involved in the family trade: Hock Chee’s wife, Lee Moi Hong, is a director and head of dry goods. She supervises the packing and distribution of everything from biscuits to flour to Chinese herbs. Hock Eng’s wife, Tan Bee Loo, is also a director and oversees the fruits and vegetables division, handling everything from import to pricing to quality control.

In its first overseas expansion, Sheng Siong opened a store in China in 2017 and followed it up with another in 2019.

The Lims have ambitions beyond groceries. The family—through its privately-held Sheng Siong Holdings—is part of a consortium that has applied for a digital banking licence, led by fellow Singaporean rich lister Min-Liang Tan’s gaming hardware maker Razer.

This article recently published by Anu Raghunathan a contributing editor of Forbes Asia.