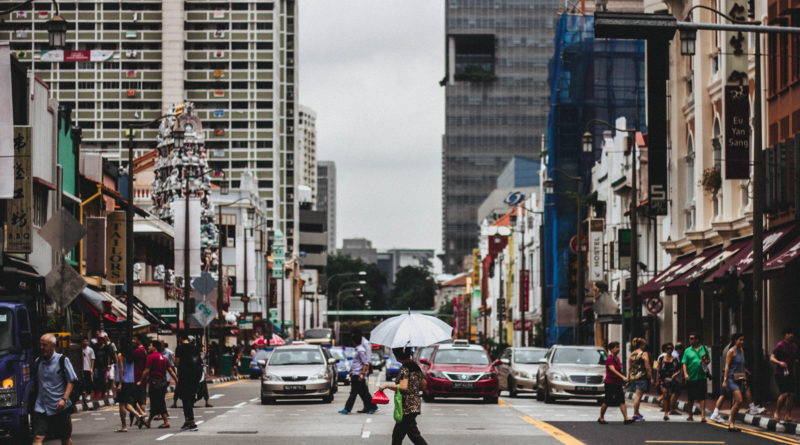 As a typical country with a small population and many people, Singapore can be described as “congenitally deficient” in housing prices. However, relying on the government’s strict control policy, the country has achieved remarkable results in curbing the overheating trend in the real estate market in recent years.

According to the latest data released by the Singapore Urban Renewal Authority on the 3rd of this month, Singapore’s home prices in the fourth quarter of 2016 fell 0.4% again, which is the 13th consecutive quarterly decline. The longest decline since the publication of the data in 1975, including high-end residential Prices have fallen by more than 15% since 2011. In 2016, Singapore’s housing prices fell by 3% year-round. According to Knight Frank’s “Wealth Report” in 2016, Singapore has dropped two places to seventh place among the world’s top-ten most expensive cities.

In fact, just seven or eight years ago, Singapore’s real estate market was another scene. After the outbreak of the global financial crisis in 2008, with the implementation of the Fed’s quantitative easing policy, a large amount of hot money poured into the property market in Singapore, pushing Singapore’s housing prices to continue to soar, becoming the second highest city in Asia behind Hong Kong.

In order to curb the overheating trend in the real estate market, the Singapore government has resorted to a series of real estate market cooling measures such as setting ceilings on mortgage payments and high stamp duty on housing transactions since 2009, prompting the Singapore real estate market to enter a long period of hibernation. period”. After the control measures, Singapore’s housing prices peaked in 2013 and then began a three-year decline. At present, sales are only equivalent to half of the peak period. 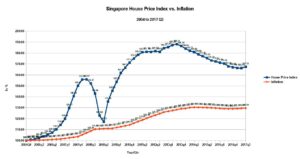 “Compared with global competitors, Singapore’s property market is no longer an overestimated global market,” said Chen Minlan, head of investment in UBS’s Asia Pacific region. The bank had previously looked at the prices of Singapore properties for many years, but this view has so far been changed. Analysts pointed out that despite the fact that prices have not yet risen again, sales of the country’s real estate have been quietly picking up recently. According to official data from Singapore, the number of new home sales in the country recorded 1,252 units in October last year, which is the largest increase since 509 units in September last year.

At the same time, Singapore’s household real income has continued to increase over the past five years, so residents’ housing purchasing power has improved significantly. According to the “International Housing Affordability Survey” report released by consulting firm Demographia, Singapore’s housing price to income ratio is 5, which is much lower than the 19% price-to-income ratio in Hong Kong. This shows that Singaporeans’ housing burden is much lower than the latter. Analysts at CIMB, Malaysia’s second-largest bank, said in a report in mid-November last year that Singapore’s existing home market has now reached a balance of supply and demand that can be achieved under current credit policies.

The overheating of the property market has been controlled, but the Singapore government does not intend to relax control measures. The government has expressed its position on many occasions before. At this moment, the timing of loosening the regulation of the property market is “immature”. The main concern is that once it relaxes, it will lead to a resurgence of the real estate bubble. Chen Minlan expects that prices will fall by 12% in the country, as the government will not cancel the current purchase restrictions.

While the Singapore real estate market was stabilizing, the economy that had once reached the “end of the road” also surprised Singapore by the end of 2016. On the whole, in the last quarter of last year, Singapore’s economic growth achieved a big explosion, setting the largest single-quarter sequential increase since the first quarter of 2012.

According to data released by the Ministry of Trade and Industry of Singapore on the 3rd, the country’s economic growth in the fourth quarter of 2016 was 9.1%, an increase of 1.8% year-on-year, both significantly better than the projected growth of 4% and a median growth rate of 0.3%. In the first three quarters of the previous year, GDP contracted by 1.9% in the month-on-month period. In addition, the unexpected economic growth in the last quarter of last year helped Singapore’s GDP growth for the entire year of 2016 to 1.8%, which exceeds the government’s expected range of 1%-1.5%. 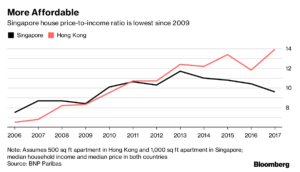 In addition, Xu Liping, director of the Society and Culture Research Office of the Asia-Pacific and Global Strategy Research Institute of the Chinese Academy of Social Sciences, pointed out in an interview with the Beijing Commercial Daily reporter that Singapore’s economy showed explosive growth and cyclical factors in the last quarter of the year after a sustained downturn. Open relationship. “At the end of the year, corporate accounts have been withdrawn and there will be a brief technical boost to the domestic economy,” said Xu Liping.

Nevertheless, the growth rate of 1.8% of GDP is still the lowest level since the financial crisis in 2009. In fact, the Singaporean economy has been struggling for some time in the doldrums.

Selena Lin pointed out that Singapore’s economic difficulties are mainly due to the existence of domestic structural challenges. Today, Singapore still faces a high-cost environment and the labor market continues to weaken. Compared with previous years, Singapore’s layoffs and net employment figures have deteriorated this year. According to data released by the government last December, in the first three quarters of last year, Singapore’s layoffs hit the highest level since 2009.

At the same time, Xu Liping also pointed out that last year’s global trade contraction and the collapse of commodity prices caused a major blow to Singapore’s state-owned oil and natural gas industries. This has driven the economically driven countries from export to sluggish economy this year. “Singapore is a typical foreign economic model country. The economic development depends to a large extent on the close relationship with the regional economy.” Xu Liping said.

As one of the world’s most important sea routes for energy and trade, Singapore has a quarter of the world’s trade and energy share. However, according to the statistics of the Singapore Bureau of Statistics, in September 2016, Singapore’s export volume decreased by 1.34% year-on-year, and its import value dropped by 6.16% year-on-year.

Olive Oil Cartel : Taste the freshness of this robust olive oil with a buttery smoothness and a slighty burning sensation