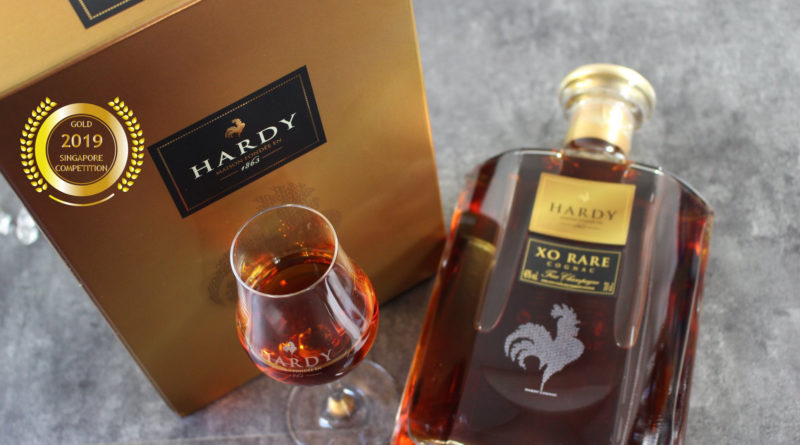 In 1858, Henri Mounier was originally a captain in the Merchant Navy, but changed course to specialize in eaux-de-vie. He took his father-in-law Jean Salmon as cellar master and Eugène Bellet as his business partner. Together they founded Mounier et Compagnie.

In 1874, Mr. Mounier decided to move on, not limited to wholesale trade, and organized the production of his own brandy for sale both in France and abroad. Cognac was sold under the brand name Henri Mounier & Co. A few years later the name was shortened to “Henri Mounier”, which is still known today.

From the very beginning, the company set strict quality control standards at each stage of the production process: aging, distillation, mixing and bottling. Largely for this reason, this brand is valued for its high quality product.

Today, the company, in addition to its own brand, owns and produces a number of other brandies and spirits. The brands are distributed in around 50 countries around the world. The company is present on five continents, particularly in Europe, Asia Pacific, with an office in Hong Kong.

The Middle East, India and Africa are also among the markets that matter.

As the son and grandson of a vine-grower in the region, Mickaël Bouilly could not escape the draw of Cognac, such was his love for its flavour and subtlety.

At H. Mounier, he enjoys the benefit of an incomparable palette of eaux-de-vie slumbering patiently in thousands and thousands of casks. “The first time I set foot in the cellars, I was dumb-founded”, he remembers. 1856, 1876, 1904, 1914: each vintage reveals a different facet.

There is no place for the word standardisation in his vocabulary. What counts is to be creative. “We are constantly making discoveries and improvements. It is a great profession because it knows no bounds.”

With the help of Mickaël, H. Mounier composes its exclusive Cognacs to measure. These secret blends sometimes take several months of work and tasting, but the exceptional comes at that price.

Very Recently, HARDY has joined Singapore Newspaper Wines, Spirits and Beer Competition and won a gold and a silver medal in this competition: 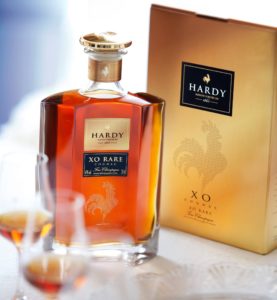 The stand out winner of this flagship collection, the Hardy XO Rare cognac is a blend that seems as timeless as the taste. A cognac that evokes thoughts of roaring log fires, after dinner conversations and that all important first sip, you’ll be delighted by the silkiness and seemingly everlasting flavours it brings. 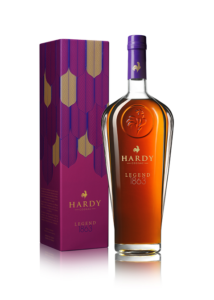 With a name that references the year in which the house of Hardy was born, the Hardy Legend 1863 Cognac is a vintage delight that offers exceptional value for money for such a quality.  A deep color, this is a truly versatile cognac that can be enjoyed in many ways: as a digestif after a good meal, or for the adventurous, drop in a block of ice or a few drops of water to enjoy the subtle differences in both aromas and flavor this brings.

The bottle itself is striking, and of course features the emblem of the house – the iconic French cockeral.  A great cognac to include in any drinks cabinet, and one that will also be appreciated as a gift for anyone who loves great cognac.

Importers and Distributors, what are you waiting for!

Azienda Vinicola Anna Spinato S.A.S : A Decade of Passion for the Land and Good Wine