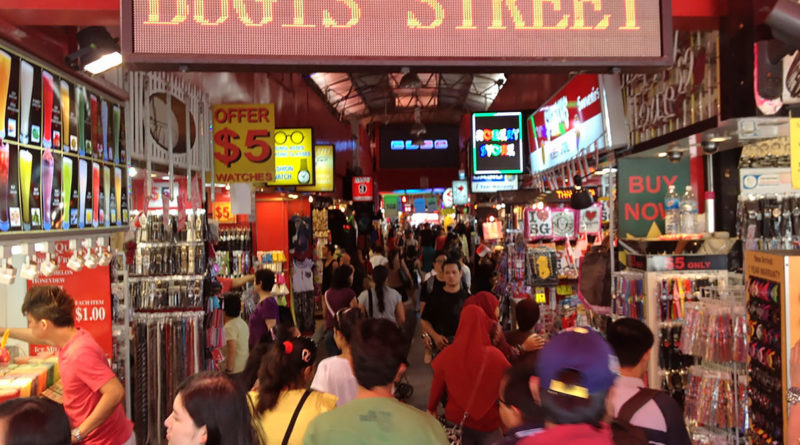 CapitaMall is one of Asia’s largest real estate developers and has a large number of commercial real estate projects in Singapore. Its retail performance ranks in the forefront of Singapore and is a benchmark for Singapore’s retail industry. Among them, Clarke Quay and Bugis+ (Pak Sha Entertainment Center) are Its two key projects were created.

Bugis+ is known as Singapore’s first city retail entertainment center and has a lot of popularity in China. The Bugis+ shopping centre was formerly the Iluma shopping centre and was once forced out of business due to poor management.

In February 2011, Kaide purchased Iluma for S$295 million and rebuilt it. The new layout emphasizes the combination of performance and exhibition space. This adjustment is specifically targeted at young people aged 20 to 30 years. It fully fits the functional positioning of art, education and entertainment in the Baisha Street District and integrates with the city.

In response to its sparse traffic situation, CapitaLand has adjusted the layout of each floor, using multiple layers of trading methods, and has placed a large flow of passenger input ports on each floor, and each floor has its own With its unique characteristics, it has gathered enough passengers to invigorate the overall passenger flow.

The interior activities of the building are arranged in three layers around the central space.

The first floor of the building forms a continuous road network with the surrounding streets to facilitate pedestrians entering Iluma from all directions. 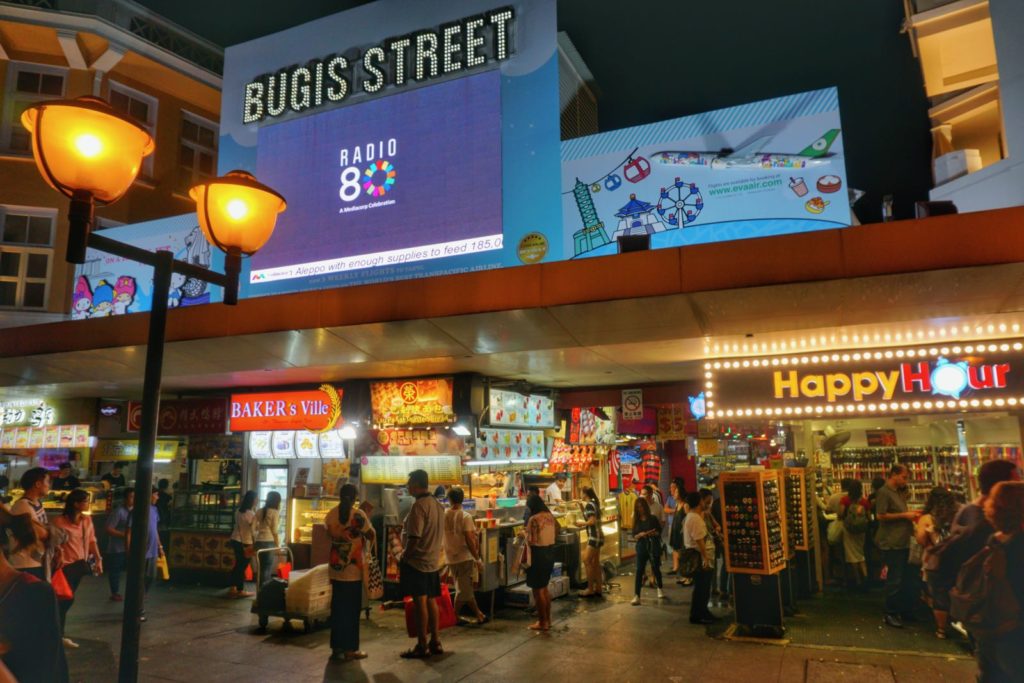 A pedestrian bridge on the second floor of the building rushes out of Iluma and crosses the road, establishing a passage between Iluma and the adjacent development. All passages lead to the main hall. The main hall is a 40-meter high space. It is divided into two volumes in the horizontal direction. Each volume has its own characteristics, but they are visually related to each other.

The operational concept of the Bugis+ project is far ahead of the prevailing trader’s ideas that are based on the local or local rents. The lobby on the third floor of the building contains a hollowed-out dining area that spans two floors. The picking-out structure means a layer of space for the trader, but it enhances the transparency and experience from the consumer’s point of view. Feelings, the project’s cohesion and consumer satisfaction has also been improved, and the ultimate beneficiaries are the project itself.

The interior of the project is a street-viewing landscape that gives consumers a strong sense of substitution and experience, and the customers are full of praise for this store.

This kind of consumer-centered thinking of project layout has become a “wonder”. In order to improve customer satisfaction and abandon the direct economic benefits, the project’s popularity and passenger flow are increased. The final economic effect is better than the conventional one. This trader’s idea of ​​improving customer satisfaction based on consumer demand is bound to be the trend of the future, that is, returning to the nature of business, to customer satisfaction, moving the main purpose, around the needs of the core customer groups, optimize the details of the store, enhance the shopping experience.

Clarke Quay: The Charm of History and Modern Elements

At the time of retrofitting, how to deal with the second-hand trading market in Clarke Quay triggered a big debate. From the perspective of the trader, the second-hand transaction market is inconvenient to manage and has relatively low efficiency. It should be restructured to facilitate the management of high-return retail or leisure areas. However, in the end, CapitaLand retains the functions of the secondary trading market and enhances it. Create new space for display and trading of artworks. In addition to the original 70 old booths, Clarke Quay cooperated with professional art companies and arranged more artists to go to the flea market to display their own hand-made art. The arts presented were numerous and ranged from traditional Chinese art to foreign art. 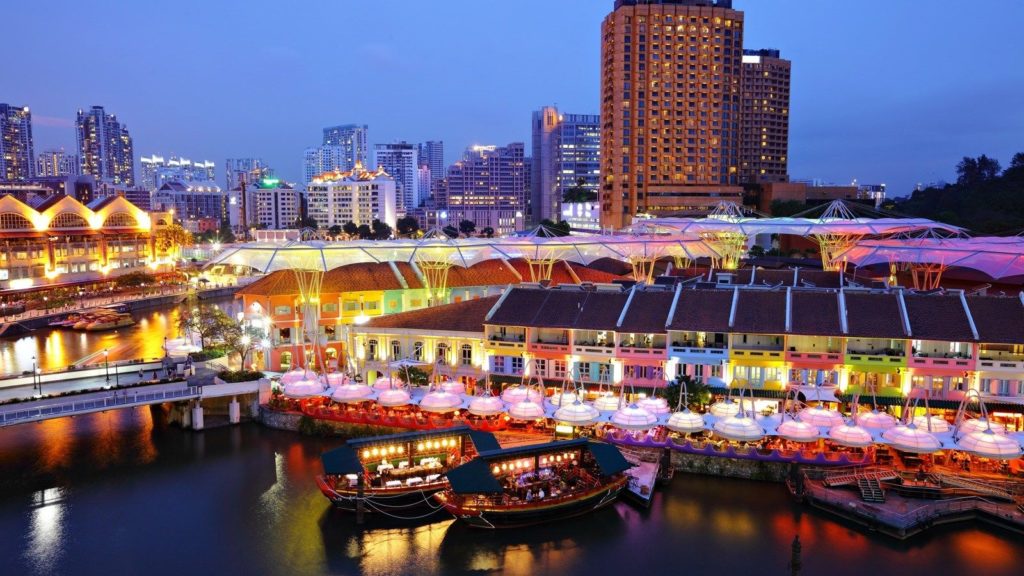 Kaide abandoned the flow of people and benefits that could be brought about by the retail and leisure areas, and persisted in the original cultural value and business atmosphere of Clarke Quay. In combination with new formats and new functions, Kidd has enriched the cultural vitality of the region and raised the number of carats. The value of the terminal.

Today’s Clarke Quay follows the principle of “relying on the advantages of waterfront resources and location, based on the original business and trade atmosphere, and interpreting the concept of urban leisure and entertainment from day to night to the extreme”, and will renovate along the river and renovate it. During the process, the architectural form of the existing warehouses for the old wharf was preserved, the overall architecture maintained the style of the Nanyang Arcade and the architectural forms were unified.

Clarke Docks opened the commercial and leisure industry chain and maximized the leisure and consumption experience. The project has brought together special waterfront catering, specialty shopping centers, adventure and entertainment, branded bar nightclubs and hotels to become tourist destinations that attract foreign tourists. It also attracts local people to actively consume the active area. In the open spaces and bridges along the banks of the river, there are often professional music teams or celebrities in recording locations and rehearsals to attract a large number of tourists to enjoy them. A good environment and humanistic architecture exudes a powerful “random experience mode” to attract passengers.

During the rebuilding of Clarke Quay, Kade adhered to the historical and cultural heritage of the protected area and innovatively integrated modern functions, formats, and experiences. While retaining the spirit and core, it also raised the elements of commerce and leisure to the extreme, and restored the historic building complex. The successful reconstruction of Clarke Quay in Singapore has fully reflected the innovative concept of the harmonious coexistence of commercial and urban Singapore.

In the overall plan of the project, in order to maintain the natural ecology of Marina Bay as far as possible, the Singapore government will only plan 15 hectares (1 hectare = 10,000 square meters) of land on the Henan side for commercial use. Therefore, in the entire Marina Bay project, the Sands Hotel project had to be extended to the top, so the current pattern of three 55-storey towers was formed. 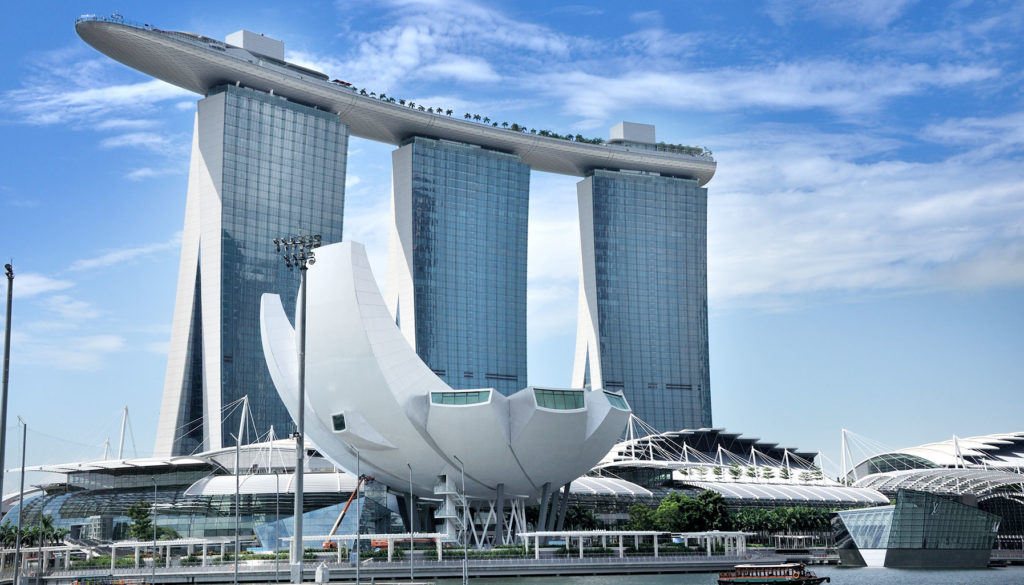 The Bayside Park behind the hotel covers an area of ​​101 hectares. It is connected by three different styles of waterfront gardens: Binhai Garden, Binhai East Garden and Binhai Garden. It is an integral part of Singapore’s “Garden City”. . This layout fully reflects Singapore’s adherence to its philosophy of integrating nature, city and business.

Based on this concept, Sands Hotel has innovatively created an air link across three super high-rise towers on its top floor – the Sands Sky Garden. At one end of the Sky Garden, the largest public suspension in the world is built. The cantilever is 66.5 meters long and is spectacular. Hundreds of plants are planted in the garden and provide a wide range of supporting facilities such as running paths, gardens, pedestrian streets, bars and an infinity swimming pool. It is reported that this platform garden can accommodate 3,900 people at a time for various activities and walks over an altitude of more than two hundred meters above the ground, allowing consumers to have a wonderful experience.

Today, as part of the Marina Bay project, the Sands Hotel Complex has become the gateway to the city. From the ships berthed at sea, look through the two windows of the tower and the roof garden to see the sights of the city of Singapore. From this viewing point of view, the prospects of the entire project – including the Sands Museum, the pedestrian street and the undulating roof structure – form the base of the high-rise building and arch upwards, followed by a series of richly-saturated gardens. The tropical landscape extends from the coastal park to the seafront. This magnificent scene is the best witness of Singapore’s perseverance and innovation.

WHAT WE CAN LEARN?

1. Business and the city are in a harmonious coexistence relationship. The city is the carrier of business, and the business serves the residents of the city. The historical and cultural heritage and functional attributes of the region naturally occupy the minds of consumers, possess tenacious vitality and unlimited commercial vigor, and on the basis of it, a wonderful interpretation can be made. Become a winner in a business project.

The historical and commercial districts can be found everywhere in the country. If businesses can’t really operate these properties like a century-old business, then the rich history cannot support the service experience.

2. Shopping malls are no longer just commodity trading venues. They are also social spaces for consumers. The era of relying on goods to aggregating passenger flow is gone forever. Customers must continue patronizing a shopping mall because of the way of life they convey and meet their social needs. Here, they can find themselves and release their hearts.

Some domestic enterprises are trying in this direction and have already achieved initial results. For example, the Yue kingdom of Joy City in Chaoyang City creates a green theme community based on the urban haze problem. The rich green ecology inside greatly enhances the region’s cohesiveness.

3. Innovation in the retail industry should directly target the target consumer group. The dimension of innovation measurement is no longer an economic indicator such as ping effect and sales. It should start from consumers and bring them the most plentiful sensory experience. Hit the point of demand of consumers and make consumers satisfied, moved, or even embarrassed.

Most of the domestic retail businesses are one-stop shops. The root cause of the problem is that there is no systematic understanding of consumer demand, and it is not possible to effectively plan in phases and have no ability to design portfolios.

From the transformation project of Singapore’s traditional community business, we can feel what is planning and thinking. Singapore’s companies can build multiple floors based on the flow of people and lifts; they can raise the top three floors of the original old business to create a three-dimensional LOFT experience zone… These are after simple brand adjustments. In-depth thinking, domestic retail companies must actively deploy their own best when they are in transition, to the real experience of social space transformation and upgrading.

The well-named château Montplaisir : A pearl of the southern Rhône