From the feed gown in Estonia plays a great role in producing milk from which the cheese with good classical tastes are made from.

In the parish of Kambja, at the borderline of Tartumaa (25 kilometers from Tartu) is a farm where cows are called Mummukesed (“Dotsies”). They have 180 dairy cows who produce quality milk. In 2015 they  started the course in building a dairy farm to start producing cheese. They went  to Holland and Italy to learn. In their dairy, they produce classical Holland type cheese. The different maturing time gives different tastes and feelings. Young cheese matures within 4 weeks. Cheese that has matures for a few months already gives hints about it’s potential. Cheese that has matured for 6 months already has more personality but still isn’t very picky of it’s audience. Older cheeses already require more personal approach.

With their cheeses they wish to give people the knowledge and confidence that domestic food is made with great care and love. They wish to produce cheese worthy of the love and with pride.

Two of Andre Cheesefarms cheeses Andre Prima and Andre Grand competed in worldwide blind degustation held by The International Taste & Quality Institute – iTQi,(www.itqi.com) in 2016. The cheeses were degustated by international board of judges who are top chefs and sommeljees.

Andre Cheesefarms cheeses are the first Estonian products to win an international prize as important as this.

In 2016 three of our year old cheeses Andre Prima Old, Andre Grand Old and Andre Excellent took part in the World Cheese Awards in Spain. Overall 3200 cheeses form across the world were competing and their cheeses won silver medals in their category.

In 2017 three of our cheeses Andre Prima, Andre Grand Old and Andre Classic took part in the World Cheese Awards in London. Overall 3200 cheeses form across the world were competing and Andre Cheesefarms cheeses won silver medals in their category.

In 2017, Andre Grand Old was awarded the title “Best Dairy Product” and “Best Farm Food” in a competition organized by the Estonian Farmers’ Confederation.

In spring 2018 Andre Grand Old was awarded the title of “Best Estonian Food for a South-Estonian Small Business” in the competition organized by the Estonian Food Society.

In summer 2018, Andre Excellent was awarded the title “Best Farm Cheese” in a competition organized by the Estonian Farmers’ Confederation.

This 2019, Andre Juustufarm OÜ has joined Singapore Newspaper Taste Award and won 2 gold medals and a silver medal in this competition: 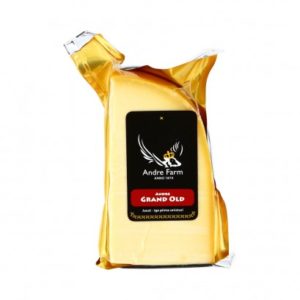 Cheese Andre Grand Old matured for at least 12 months. The cheese has a strong taste of creamy caramel and the aftertaste has a long nut nut, with crunchy protein crystals. The structure resembles Parmesan-crumbles. 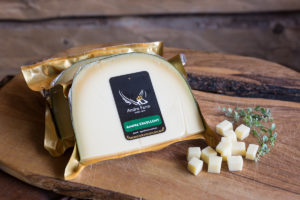 Andre Excellent has been a long way to go. A companion to a man who is waiting for surprises and strong tastes. His recipe is special and the character begins to appear only after long maturation – days full of care, twisting and maturing. The taste is strong, the skin is noticeable. Long creamy aftertaste.Large crunchy crystals. Matured for at least 18 months. 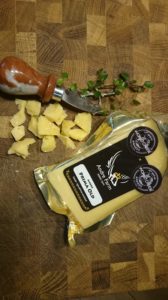 Every year, the awards show the steadily high quality of their cheeses and the high commitment of their people.

They are flexible and creative in their activities. They are able to offer cheese in bigger quantities to stores, for restaurants, they have different cheeses that they don’t have in stores and for corporate clients they can offer gift baskets with different cheeses.

Conservas Mª Asun Velar : The highest quality anchovies from the expert hands of the women of Cantabria