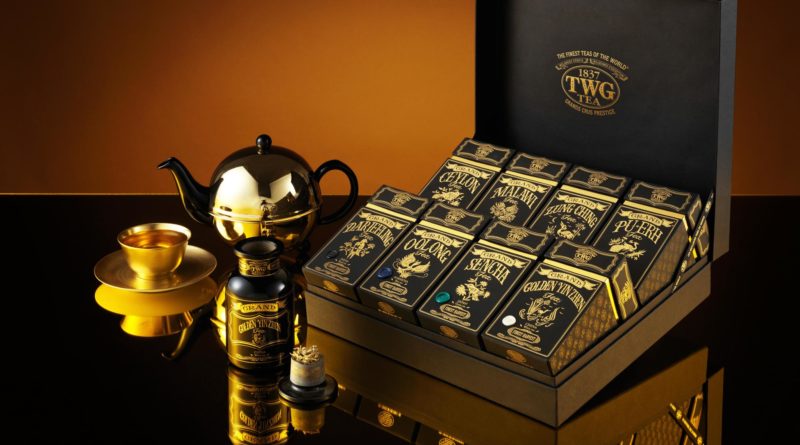 TWG Tea, a Singaporean tea brand, a brand founded in 2008. In nine years, how has it become a global premium tea brand?

9 years ago, It was not known by the world; now, It become a great popularites.

In just a few years, TWG Tea, founded in Singapore, has stores and sales networks throughout the United Kingdom, the United States, Australia, and other countries around the world;

The first-class cabins provided by the Singapore Airlines,and All Nippon Airways’s onboard flights serves drinks selected from TWG Tea;

High-end department stores such as Harrods and Takashimaya have also thrown offers to it, and it even became a tea sponsor of the Shanghai Film Festival.

The development of TWG Tea is a living example of the birth of a “luxury tea product”. 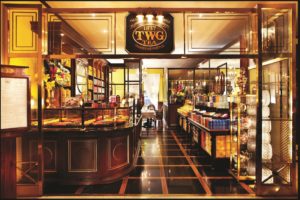 Founded in 2008, the main founders of TWG Tea are Maranda Barnes from the United States and Taha Bouqdib from Morocco.

Interestingly, however, the country where the brand was founded did not select any of them. Instead, it is set in a country where the agricultural output value accounts for less than 0.1% of the national economy, and with neither tea output nor special tea culture.

In response, Maranda Barnes stated that there are three main reasons for choosing Singapore as a brand creation location:

First, Singapore has always played an important role in the world’s trading ports by virtue of its geographical location. Since the 19th century, Singapore has established its unique position as a tea trading hub.

Secondly, because Singapore is not the origin of tea, when it comes to Singapore, people do not just think of certain types of tea. Choosing such a place as a place for brand creation gives the brand more possibilities, which is in keeping with our vision of collecting and selecting high-quality tea for our customers globally.

Third, Singapore is a multicultural country. The cultural tolerance are consistent with the brand philosophy that TWG Tea insists.

In addition, since tea is so serious and has a historical texture, in order to adapt to local culture, the 1837 TWG Tea brand logo is also intended to celebrate Singapore’s commitment to becoming a tea, herbal, and luxury leisure boutique since that year. That great history.

TURN THE TEAHOUSE INTO A LUXURY STORE

TWG Tea has a clear brand positioning. Since the beginning of its establishment, it has determined to create “TWG Tea The Finest Tea in the World.” In the nine years of its development, this brand concept was instilled in the entire process of its production and operation, collecting good teas from around the world, carrying out R&D innovations, and promoting in a timely manner, thus making the brand image quickly established and recognized by consumers. 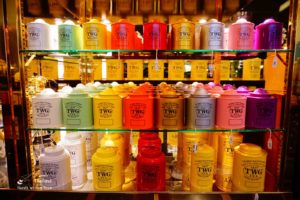 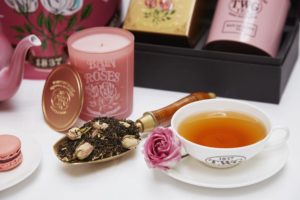 In order to meet this position, TWG Tea used tea as a luxury product and opened a tea shop as a luxury store.

Salons and boutiques are warm with timeless mahogany, clear brass,  and a low-key mirrored marble floor…

According to Maranda Barnes, TWG Tea will redefines consumer’s stereotypes about the teahouse, not only in the sense of taste, but also in the visual and tactile sense to give customers a sensual feast.

In addition to store design, most TWG Tea salons and boutiques are located in high-end shopping centers.

At present, TWG Tea has opened 63 branches in 18 countries around the world, covering Singapore, Australia, Belgium, Cambodia, Canada, China, Mexico, the United Kingdom and other countries and regions. 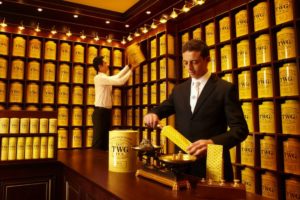 In mainland China, there are 6 stores, which are located in Beijing, Shanghai, and Guangzhou. In December 2016, TWG Tea successfully opened its first boutique and salon in North America. Maranda Barnes said that TWG Tea will also plan to start operations in North Asia, the Middle East and Europe.

TWG Tea not only rapidly expands its stores in the world, but also has become a global tea supplier for high-end hotels, fine dining restaurants, and international airlines. Through first-class cabins, airports and other channels, TWG Tea has reached out to high-end consumer strata and its footprint has covered 42 countries around the world.

USE INTERNET FOR BRAND BUILDING

TWG Tea has captured the trend of digitization and timely adapt to the trend. Early in 2013, TWG Tea became the first international tea brand involved in mobile applications. At the same time, the brand official website also provides a platform for consumers in certain countries to better browse, select, and purchase products.

Tokaj Excellence : Wine specialties are based on furmint and linden grapes