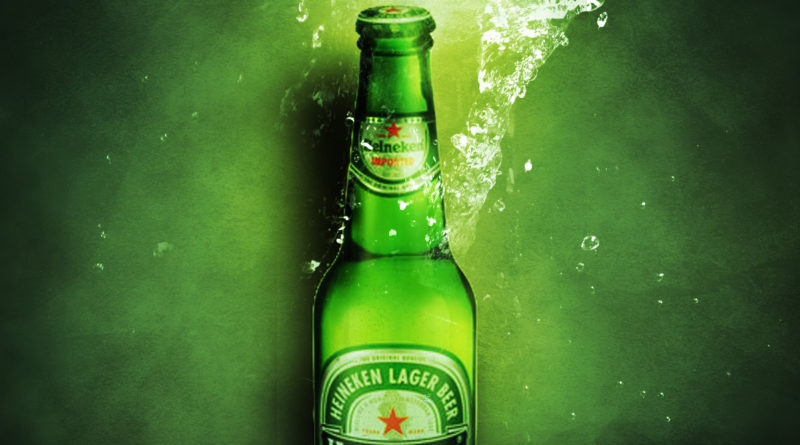 Heineken Group, its third generation heir is an expert in the operation of advertising. Bourgeois-like advertising ideas have made “Heineken” the first choice for yuppies, which is totally different from bold Budweiser and traditional Guinness. Unique original export policies, high pricing strategies, and unique sports sponsorship policies have also helped the establishment of an elegant brand image. The flexible brand policy has also won many European customers. 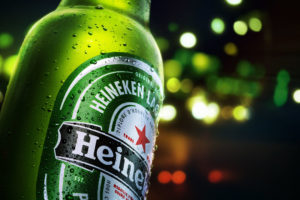 THE FIRST CHOICE FOR YUPPIES IN SINGAPORE

Heineken follows differentiated marketing, emphasizing differences in hedonicity, and striving to create high-end brand perceptions of Heineken. From packaging to advertising, from public relations to promotion, they are distinguished from other beer brands. Has always maintained its unified brand image: Grass green tone, natural casual feeling.

In the Singapore market, Heineken’s brand positioning was very clear from the very beginning and it was highly targeted: positioning itself as an imported high-end beer in terms of price and packaging; in the consumer’s lifestyle, it was to strengthen the quality of life, natural and leisure. The targeted consumer group is Singapore’s middle and high income groups and white-collar workers.

At the same time, Heineken places its sales breakthrough on “night clubs” (bars, nightclubs, taxis, and other places) and “spots” to drive ordinary consumption.

“AS NATURAL AS HEINEKEN”

Under the increasing laws and regulations governing the control of alcoholic beverages around the world, Heineken has unified the global advertising campaign, completely abandoned the image of drinkers, and returned the performance objects to the “green bottle”.

However, unlike the “wearing bottle campaign” adopted by the elegant “absolute” vodka and the fantasy-diagonal “Simulu”, Heineken hopes to cater to young consumers love, and friendship through the story of wine bottles.

Love and fun, just like the atmosphere, show the natural and casual style that the Heineken brand pursues. 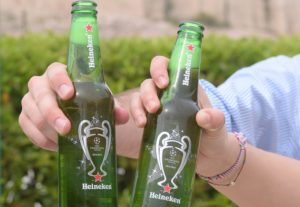 ALLIANCE WITH SPORTS FOR BRANDING

As people’s consumption levels increase, prices are no longer the primary factor for consumption. Consumers also hope to reflect their personal taste in the process 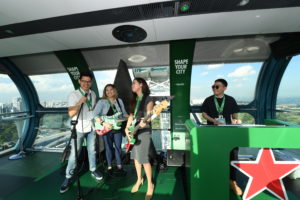 Beer consumption will increasingly become more sophisticated, personalized, and branded. Brand promotion and sports alliance is one of the popular methods used by beer giants. Heineken has preference for the aristocratic sport: tennis. In the past it was limited to sponsoring such first-class events as the Australian Open, the US Open, and the Davis Cup. It now hosts its own tennis tournament and sponsors golf for years.

In 1930, the Tiger Brand was born and was the representative brand of Singapore Asian Pacific Brewery Group (APB). APB is a joint venture between Heineken and F&N, the leading beverage company in the Asia-Pacific region and Heineken Group.

On May 19th, 1997, Hainan Asia-Pacific Brewery, a joint venture established by Heineken, APB and Hainan Brewery Co., Ltd., was completed and officially put into production. The first annual production capacity was 130,000 tons of beer, and the final production scale was 350,000 tons. Production of tiger beer and Lijia beer, which is suitable for southern flavours, is the third joint venture brewery outside Heineken Brewery in China.

Tiger brand is positioned in the world’s top brands, and Lijia is a mid-range beer brand. Different brand positionings have led to different sales strategies: Tiger has established sales networks in Shenyang, a city in the north of China, Shanghai in the Yangtze River Valley, Chengdu in southwestern China and Guangzhou in the south, to promote domestic beer markets. The Lijia beer is dominated by the southern market and adopts the strategy of carpet bombing to first seize Hainan Island. The two brands pulled each other and looked at each other.

Cottone Natives Olivenoel Extra : The healthy fat from own family business in Sicily