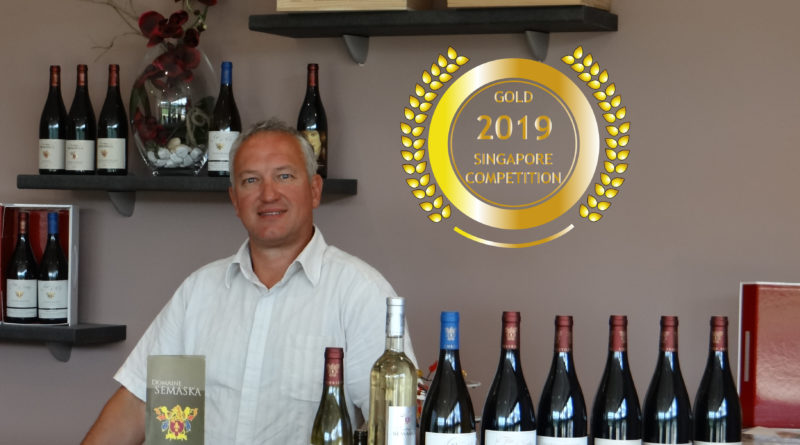 The history of CHRISTOPHE SEMASKA is linked to the revival in 1988, of a great CÔTE RÔTIE domain: le CHATEAU DE MONTLYS a gem left untouched by the 1789 Revolution.

Christophe SEMASKA hadn’t planned to become a winemaker, but his passion for fine wines and their history led him to Château de Montlys, at St Cyr sur le Rhône. This 16th-century domain sits on a hillside facing the Rhône. A privileged location to exploit the wines of Côte Rôtie, which today remains the largest private domain in Côte Rôtie. 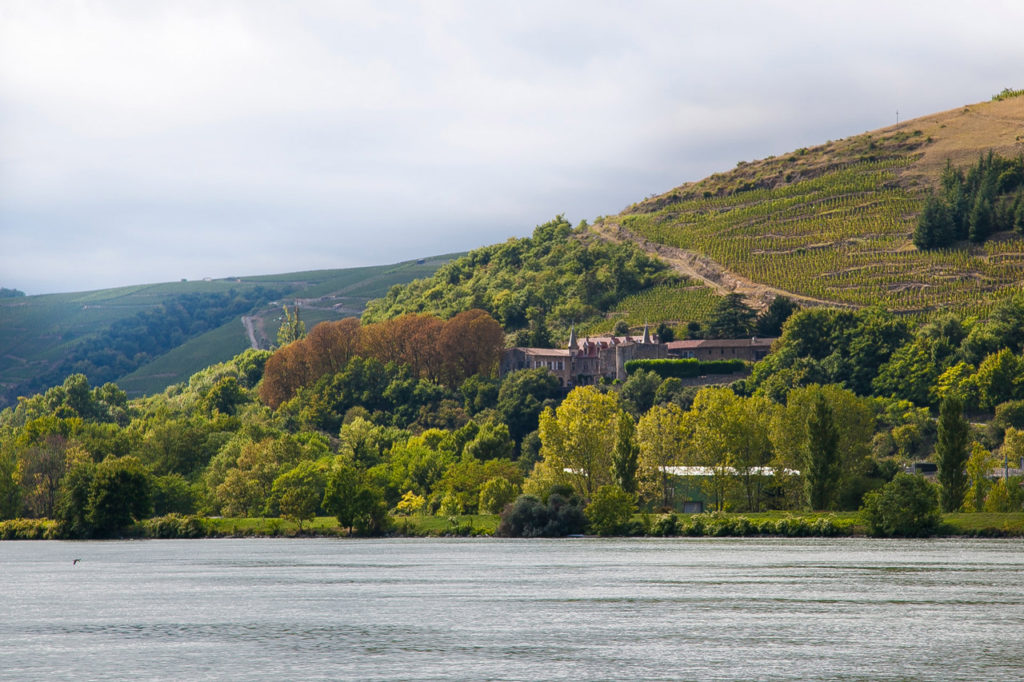 Château de Montlys, surrounded by its 8 ha of terraced vineyards, produced its last wine during the First World War of 1914/18. The Côte Rôtie « Château de Montlys » disappeared from the tables of France for 70 years, after the winemakers went off to fight during the 1914/18 war and the total devastation of the vineyards by phylloxera.

In 1988, 1ha38 of vines were replanted on rested terroir. Over the years, the vineyard has expanded and today stretches over 4ha. Throughout these years we have also developed our range to include other appellations such as CONDRIEU, ST JOSEPH, COTEAU DE VIENNE and CÔTE DU RHÔNE. 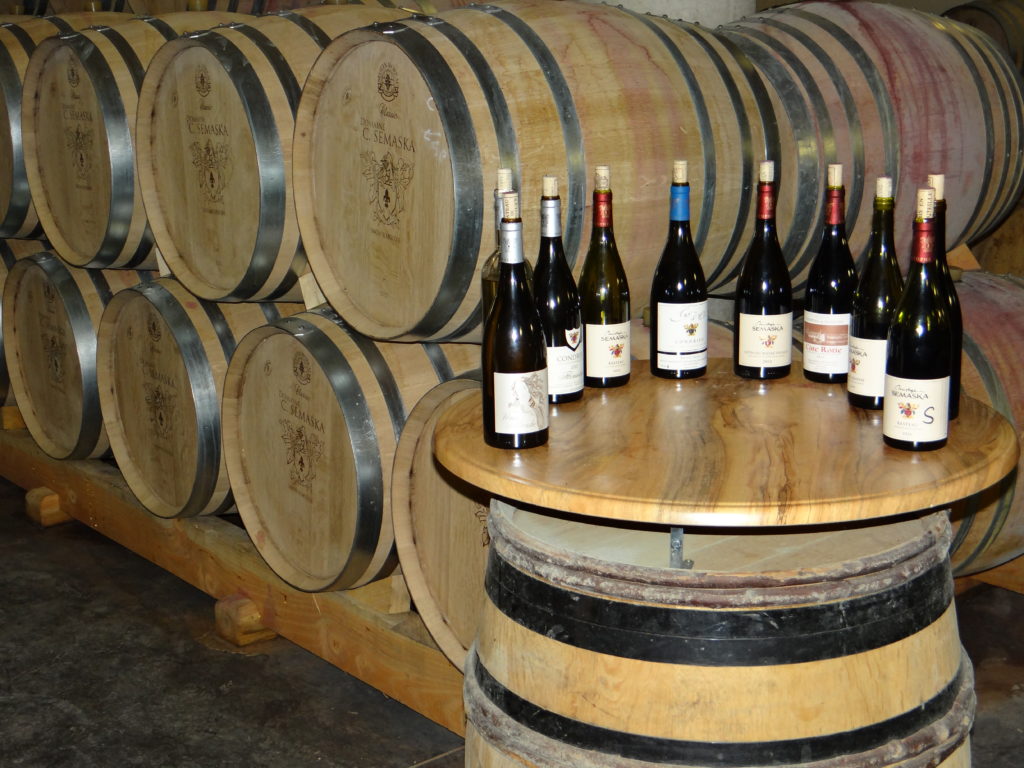 Vinification and maturation were carried out in the ancient winery of the Château and the vaulted cellars. But due to the technical and economic expansion of the wine domain, a new winery was built in 2011, at 500m away, with the best equipment for vinification, maturation, and cellaring, and a new reception and tasting facilities.

So that the love and the passion for the terroir continue to shine even brighter, Christophe SEMASKA draws on all his knowledge in detail to achieve excellence.

This 2019, Domaine Christophe SEMASKA has joined Singapore Newspaper Wines, Spirits and Beers competition and awarded 2 gold medals and a silver medal. Here are the list of wines:

TERROIR : Clay-limestone soil, mica schist typical of the Côtes Brunes
Selected from parcels neighbouring Château de Montlys, very steep and stoney south-facing slopes.
VINE STOCK : The vine stock comprises 90%Syrah and 10% Viognier, entirely de-stemmed.
VINIFICATION AND MATURATION :The yield is limited to 25hl/ha. Harvested just as the grapes are becoming over-ripe, and vinified for 26 days in temperature-controlled
stainless steel tanks. Homogenization is achieved automatically due to the natural force of carbonic gas created during fermentation. Matured for 30 months in new oak barrels, where the wood has been carefully selected in order to fully express the terroir and produce an exceptional wine.

GRAPE VARIETY : 100% Syrah
TERROIR : Light-coloured, granite and silicieous soils, typical in the Côte Blonde
Lancement is the name of the wine parcel situated on the upper slopes of the Côte Blonde. Planted in 1972, the parcel covers 7,000m.
MATURATION : A maturation period of 24 months in new oak barrels, the type of wood selected enhances the power and
elegance.
CHARACTER : Complex aromas of small ripe berry fruit and spices. Full-bodied with finesse on the finish, and silky tannins.

TERROIR : Clay-limestone soil, mica schist typical of the Côtes Brunes
4ha of vines planted on south, south-east facing hillside terraces.
VINE STOCK :The vine stock comprises 100% Syrah, and 90%is de-stemmed
VINIFICATION AND MATURATION : Hand-harvested and vinified for 20 to 30 days in closed, temperature-controlled stainless steel tanks.
Homogenization is achieved automatically due to the natural force of carbonic gas created during fermentation. Maturation takes place for 24 months half in new oak barrels, and in 1 to 3 year-old for the other half. The Syrah, which has existed since Roman times, produces a powerful , yet elegant and fine, wine.
CHARACTER : Packed with ripe fruit flavours with blackcurrant, blackberry and pepper aromas.

The Special Character Of Roshain Gin