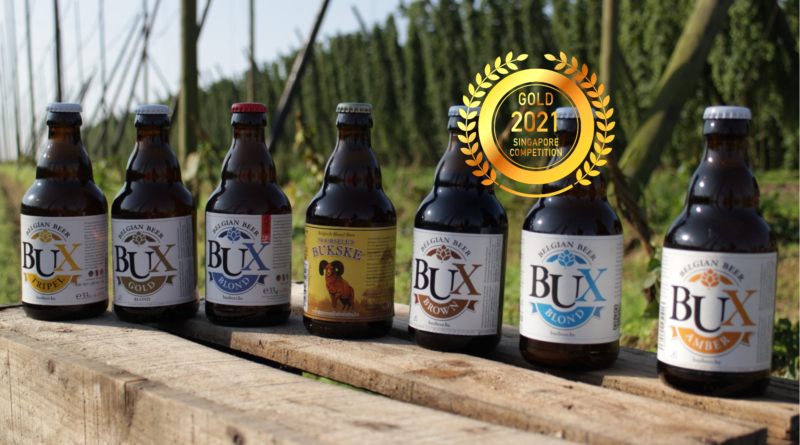 The beers in the Bux range are from West Flanders, Belgium’s only coastal area that hugs the North Sea. The flat, lowlands region is noted for its excellent grain and hop production, among other things. Brouwerij Biermaekers is located in Ypres, a historic center of textile and wool production, and the brewery’s core line, in fact, has its origins in this nearby industry. In 1998, a one-off craft beer was developed to commemorate the 20th anniversary of a local sheep breeders group. It was dubbed “Bukske” from the local dialect term for a ram/male sheep.

In July 2014, microbrewer Dieter Van Biervliet discovered a few bottles of the original Bukske anniversary beer aging in a cellar after many years. Despite the fact that they were around 16 years old at the time, they still tasted great. Dieter was able to reproduce the original Bukske formula, and an initial batch of 3,000 bottles of the reintroduced beer soon sold out. Since then, the brewery has released limited-edition batches of Bukske on occasion, as well as drawing inspiration from that beer to create their own remarkable line of “Bux” beers (which proved a bit easier to pronounce). 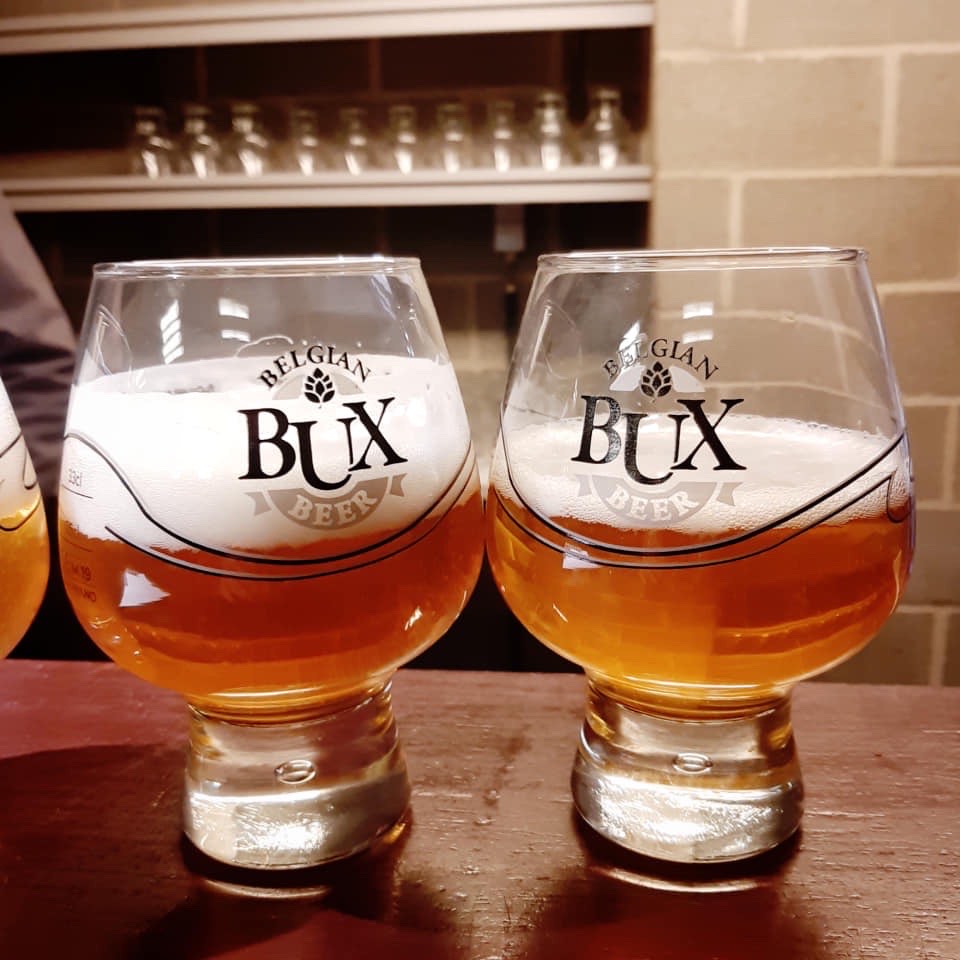 The Belgian Hops label was awarded to the Brouwerij Biermaekers Driemasten beers in 2015 for using only Belgian hops in the creation of their brews. They were also given the designation of being a real West Flemish regional product, based on their connection to regional beer history and the usage of West Flemish brewing components. Using increased demand for the brewery’s beers in 2016, the decision was taken to launch a new line of Bux beers brewed entirely with local hops. The Bux beer lineup has subsequently extended to include a Blond, Brown, Gold, Amber, Session, and Tripel formulation, and we’re thrilled to offer our Rare Beer Club members the bottled Bux Tripel, which is our favorite from the Bux lineup, this month. This rich, golden Belgian tripel is brewed with Cascade, Northern Brewer, Centennial, and 7784 hop varietals, and it will be the first time the bottled-conditioned version of their Bux Tripel will be available in the United States—exclusively for the Rare Beer Club.

Dieter keeps in regular contact with the brewery’s hop growers throughout the year, keeping track on hop quality evolution and discussing ideas on how to best achieve distinct hop flavors and aromatics from each year harvest for the Bux series of releases. In recent years, the brewery has created a number of other unique offerings, including a Belgian pale ale called Steene Molen (aka “the Brick Mill,” reflecting elements of Belgium’s street horse racing) and a collaboration with Brouwerij Dikke Jan’s Pol Meersman to develop Apero.beer, an 8.5 percent ABV beer based on the botanicals used to make gin.

Bux Beer is a dark brown beer with a dense foam head. The different types of malts ensure its refined flavor. The aroma of raisins and brown sugar make the beer special. Raisins provide a good initial taste and the bitterness of the hops gives just enough counterweight so the beer is balanced and enjoyable.

A beautiful golden foam that sticks to the glass. Light Fruity aroma with hints of honey. Sweet starting point, medium body that properly masks the alcohol. The outflow is bitter at first but then makes you want more.

For the latest info on Brouwerij Biermaekers, upcoming beer projects, and more, visit the brewery’s website at buxbeer.com.