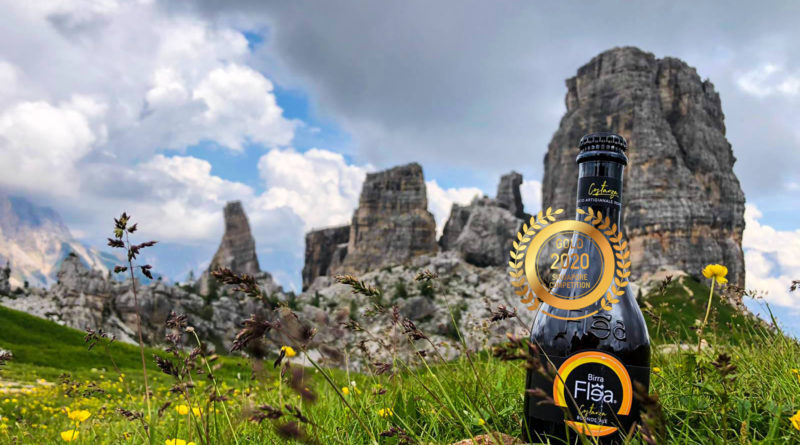 Here is borne our beer, in Gualdo Tadino, among the well-known Umbrian hills celebrated by Dante Alighieri, here where the very pure water descends from the mountains heading straight to our fields to feed the ground, to quench the trees’ thirst, to blend into the atmosphere and to give life. Gualdo Tadino is the “heart-shaped” city in honor to the pulsating shape of its ancient walls which have now disappeared after living a succession of stories of culture, master craftsmen and heroic deeds.

Our barley has its roots in a very ancient story. Emperor Frederick II visited Gualdo Tadino around 1242, during his dispute with the Papacy, when he found the loyal Ghibelline town of Gualdo destroyed after a terrible fire. Touched by the fate of the allied town, the Emperor showed his generosity by building the new city walls, of which he personally laid the first stone of the renovated “Flea Castel”. Furthermore, “he rode his horse around this land, and sowed with his own hands wheat, barley, spelt, broad beans, millet and other oils; he asked the Almighty to help the Castle grow and the people multiply, and to ensure them food and an everlasting safety”. (Chronicon) 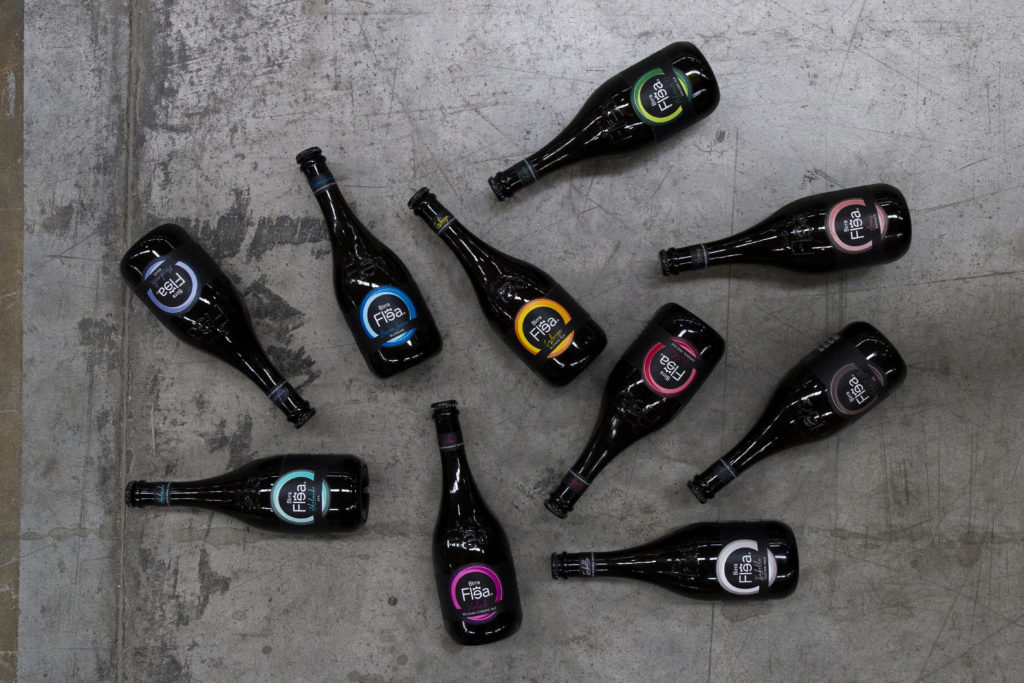 Nowadays, Birra Flea originates from the well-known waters of Gualdo Tadino and the seeds sown by Emperor Frederick II many centuries ago. Moreover, Matteo, the owner and his wife Maria Cristina, have a strong passion for local stories about heroes, ladies and witches, and decided to name the four beers after these people: Isabella, Adelaide, Bianca Lancia, Margherita, Costanza, Anais, Federico II, Federico II Extra, Bastola and Violante.

BIANCA HISTORY
Bianca Lancia, an Italian noblewoman from Piedmont, was one of the four wives of Emperor Frederick II and probably the one he loved the most. They maintained a long-lasting secret relationship and according to some historians Bianca Lancia was the only true love of his life. She was a kind and delicate person, and was constantly and discreetly present during Frederick’s life. Their marriage was celebrated the day when Bianca Lancia was dying, in order to legitimate the political climb of their son,
Manfred, who was the last Swabian King of Sicily.

BLANCHE
Pure malt ale, brewed with both barley and wheat malts. Bianca Lancia has a fresh taste, a low bitterness and is slightly acid, with a thick, creamy and adherent head. Unfiltered, unpasteurized, top-fermented and second fermentation in the bottle.

Frederick II’s mother, Constance of Hauteville, was celebrated by Dante as “the great Costanza, who from the Swabians’ second gust engendered the one who was their third and final power”. Dante underlined her resoluteness on the political scene but also her refinement. She was Queen of Sicily from 1194 to 1198. However Costanza was also the name of the first Frederick’s wife: she was the eldest daughter of Alfonso II of Aragon and the first wife of Emperor Frederick II. In 1209, on the occasion of the marriage, she was crowned. “Queen of Sicily”. Therefore, our beer Costanza was created to celebrate the two Queens.

Pure malt ale, brewed with 100% barley malt. Costanza has a fresh taste, is slightly fruity and bitter, with a thick, creamy and adherent head. Unfiltered, unpasteurized, top-fermented and second fermentation in the bottle.

The mere mention of the name “Anais” reminds fragrances and inebriating scents of the Orient, gold pendants, silver grains and ribbons of purple, exotic essences of myrrh and incense, cedar fruits and mandrake plants. That is what might have thought the young
Frederick II tne very moment he met the cousin of her new wife. Indeed, Frederick II married Yolanda of Brienne, queen of Jerusalem, in November 1225 mainly for a diplomatic purpose. The emperor was fascinated by the women of the Queen retinue in particular by her cousin Anais because of her deep black eyes and her Odalisque bod which reminded memories of distant lands such as Syria, Lebanon and Cyprus Island. Yolanda was still a too young and immature woman so Frederick decided to spend the first night of his wedding together with Anais and started with her a relationship of pleasure and voluptuousness. However, Anais was a too strong-willed and indomitable woman to accept to be a pure exotic object of pleasure destined to live a life as a concubine. Fredrick considered Anais as his beautiful and elusive “flower of Syria” and when she fled and abandoned the Emperor he wrote a moving farewell lamentation in the vain wait for his beloved Anais’s return.

SMOKED
Pure malt ale, brewed with 100% barley malt. Anais has an important aromatic profile, smoked notes, intense taste, dry, slightly bitter and with a caramel and hazelnut aftertaste due to the use of special malts. Its head is compact, creamy and adherent foam. 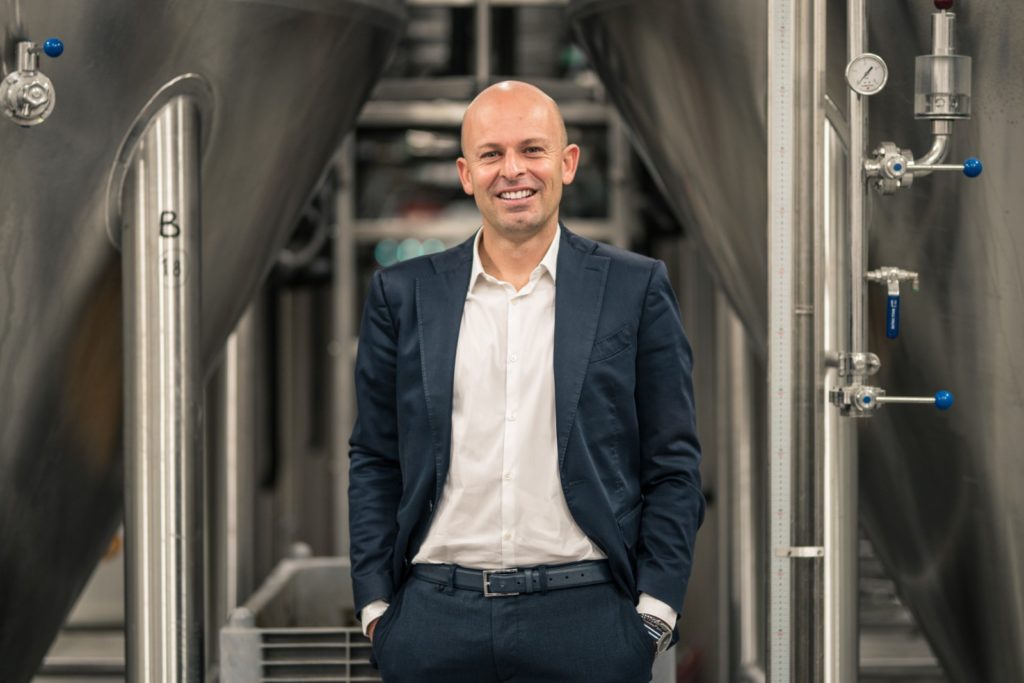 We have just started with a young team, who is very active and excited to market our beers. Its name is Beyond Taste, You will find our products in Singapore pretty soon. We are ambitious and we are confident to catch a good market share, either in horeca business or in the best local supermarkets.

High quality malts come from the barley which grow in Umbria and are then worked in the family farm.

Hops, yeast and sugar, are exclusively purchased from selected suppliers.

Genuineness of raw materials and hightest standards of production innovation.

All the production of beer uses barley and wheat malt, any filtration and pasteurization process is involved. The beer is refermented in the bottle in order to preserve their original organoleptic characteristics, without the addition of chemical additives. The other raw materials, such as hops, yeast and sugar, are exclusively purchased from selected suppliers.

3. When did you start to export your brand worldwide, and what is your development plan for the next years ?

We have started exporting our beers in 2014, we are in many european countries and some other lands all over the world.

Our mission is to increase even more our export of “made in Italy” product, which has in its soul top quality ingredients and raw materials.

They are our strong point, together with our helpfulness and devote attention to our clients.

Apicultores de Guadalajara : Made with great care and affection

Olive Oil Cartel : Taste the freshness of this robust olive oil with a buttery smoothness and a slighty burning sensation

Château d’Etroyes : The most beautiful terroirs of Burgundy