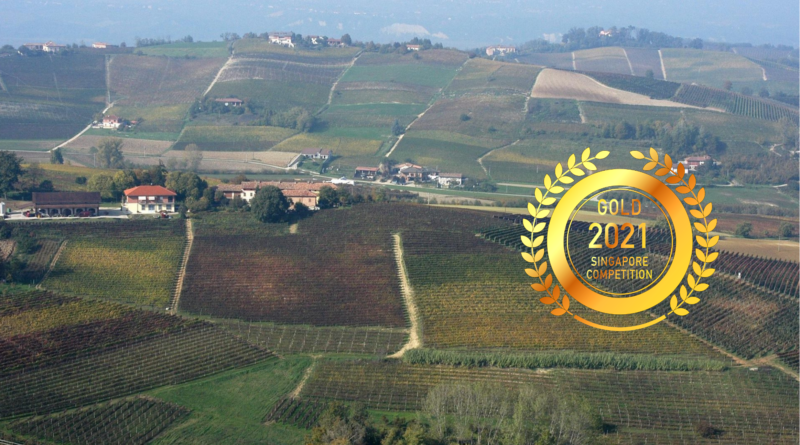 The Stella Agricultural Company was founded in the 1920s in the Monferrato municipality of Costigliole d’Asti. The gold medals won in the year 1928, at the first sample wine exhibition in Costigliole d’Asti and the national food exhibition in Turin, attest to the constant commitment, always aiming at the greatest quality of the vineyard and wine.

Domenico Stella, who was also a music teacher in addition to being a winery, was the first producer. The marriage of wine and song has since become a symbol of the winery and peasant tradition. The company has named two wines after its founder: a Barbera-based red wine and a Chardonnay-based white wine, both dubbed “Giaiet” in Piedmontese dialect.

Today, the company has roughly 12 hectares of vineyards planted with red grape types including barbera, dolcetto, and grignolino, as well as white grape varieties like cortese, chardonnay, and moscato.

Giuseppe Stella is the current owner of the company, while his sons Massimo and Paolo are in charge of the wine and commercial activities. All of the company’s wines are either single-varietal or native Piedmontese blends. In recent years, new plants have been developed with the goal of bolstering the Barbera vine, which thrives in the terroir where the company is located.

Monferrato is one of the most well-known wine areas in Italy, particularly for red and sparkling wines. The dry continental environment, with scorching summers that can lead to drought and exceptionally harsh winters, as well as the land’s unique hydrogeological conformation, are ideal for viticulture, making wine not only a source of economic riches for the region, but also a true symbol of Monferrato culture and heritage.

Until a few decades ago, the company’s primary goal was to produce real wines, with the basic principle of accentuating the region’s native grapes, which are plentiful in Piedmont. All of the company’s wines are made from native Piedmont grapes, which is a good example of this. Currently, the company produces roughly 40,000 bottles, but new plants have been planted in recent years, bolstering the Barbera vine.

Intense ruby ​​color with orange hues, the nose is intense and ethereal, with notes of jam, plum in alcohol, figs and blackberries. In the mouth it is full-bodied, soft, with good acidity that gives freshness and balance. Long persistence.

To be combined with important first courses such as tagliatelle alla hare, braised and roasted red meats, furred game and aged cheeses.

The Most Effective Ways to Locate Importers in Singapore

Champagne Tribaut Schloesser : The origin of a great wine and passion in winemaking for four generations.

Bareksten Botanical Gin : A variety of floral flavors from Norway